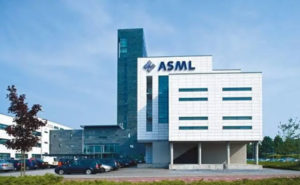 According to Reuters, semiconductor equipment giant ASML’s next-generation High-NA EUV equipment is priced at about US$400 million, equivalent to 2.7 billion yuan. It is reported that the device has higher precision and uses more parts. The model is 30% larger than the previous generation, and the size is like a double-decker bus.

To overcome the technical challenges, ASML is establishing a test laboratory together with IMEC, the world’s largest microelectronics R&D institution. It is reported that the ASML prototype will be completed in the first half of 2023.

ASML said externally that it has received 5 orders for scheduled High-NA EUV in the fourth quarter of 2021.

In the field of global foundry, TSMC and Samsung are the only two semiconductor manufacturing giants in the world that compete in advanced technology. ASML high-end lithography machine is also a weapon for the two sides to compete in the future. It is not difficult to judge that TSMC and Samsung are the first customers of ASML’s high-end lithography machine.